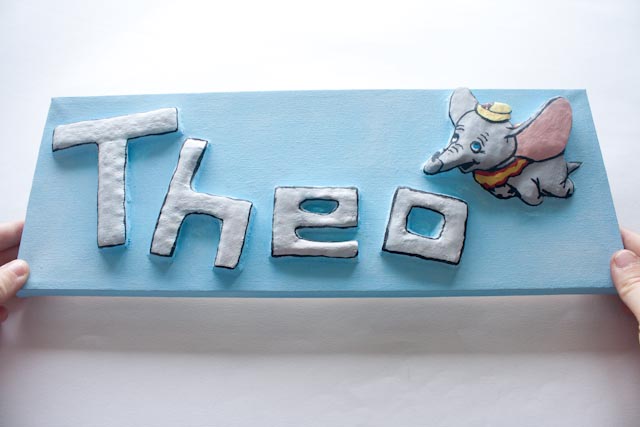 I’ve made a few name signs simialar in style to this in the past but it’s not something that I make much of now. But Theo’s special day was coming up and I wanted to make him something to commemorate it.

I started by drawing out the shapes for the letters, I used the first letter to help me make the rest in the same style and proportions, I then losely positioned them on the canvas to help me gauge how big to make the Dumbo to go alongside.

Next I sketched out a few different sized Dumbos on paper before selecting the one that I felt fitted best with the letters, I then used this paper drawing as a template to cut out the shapes I needed to make it 3D out of cardboard.

Once I was happy with the positioning of the cardboard on the canvas I then stuck it down and left it to dry.

After the glue had dried I could then start cutting out the dry modroc (bandages with plaster of Paris in them) to the shapes that I needed to cover the cardboard and then dunking each one in water (with a bit of glue mixed in to help it stick) wringing it out and smoothing it over the top of the cardboard until it was all thoroughly covered.

This was then left to dry before I could begin to paint it with acrylic paints.

I started by painting the Dumbo a light grey, then painted in the details, I then painted the whole of the background including the letters a light blue colour and added some white clouds to make it look like Dumbo was flying in the sky. I made the letters white so they stood out against the blue and added to the cloud effect, I felt like they didn’t quite stand out enough just white so I then added some silver highlights and a black outline which I think finished it off nicely. 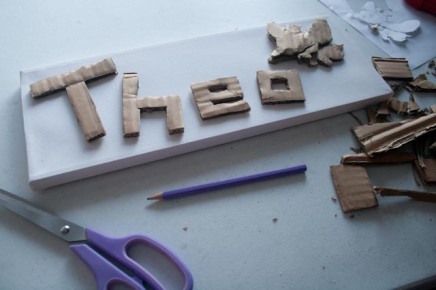 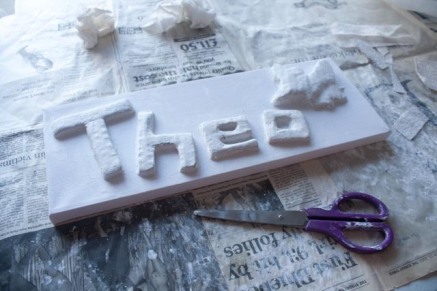 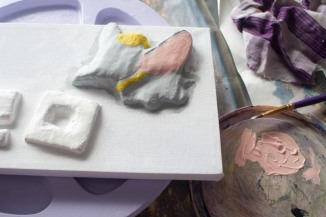 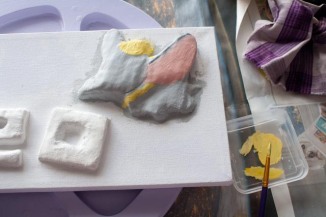 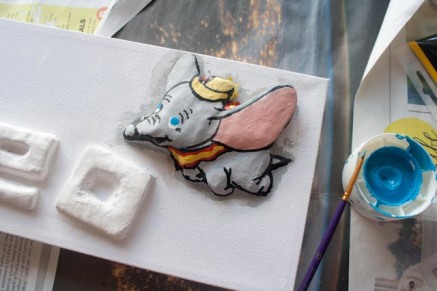 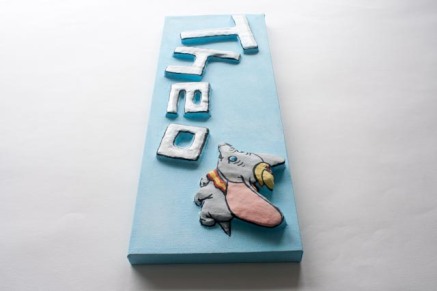 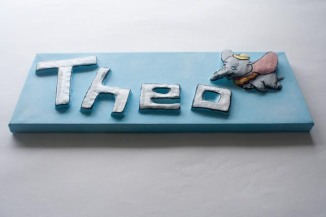 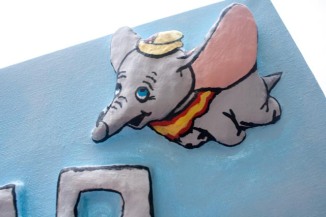 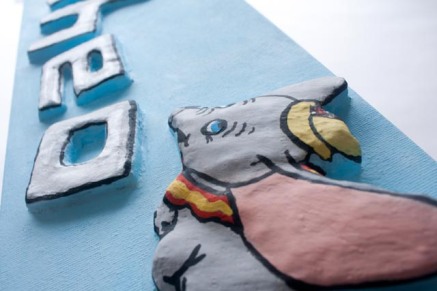 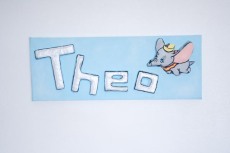 I don’t have many of these sized canvases left but if you would like me to make you a 3D acrylic painting then contact me.