Alex asked me if I’d be able to make him a 3D acrylic painting of the Targaryen Sigil from Game of Thrones. I said that it would be fiddly but yeah I’d be able to make it for him. This shows how I did it (it was as fiddle as I was expecting it to be but I enjoyed the challenge)

If you’d like me to make you a 3D acrylic painting then get in touch.

With this one being so fiddly I jumped straight in with cutting the design out of cardboard using a craft knife, rather than by drawing it all out first like I usually do, this was mainly to speed up the process.

You can see in the photos how I used a combination of print outs and having the image on a tablet to work from to make sure that I got everything in the right place.

I used one layer of thick cardboard to make the image stick out but not too much, giving it a more subtle embossed look.

Once the cardboard was all cut out and positioned on the canvas I then stuck it down and began the equally fiddly job of putting the modroc (bandages with plaster of Paris in) on top.

Once everything was covered and all the gaps were filled I let the modroc dry before I could then begin painting it with acrylic paints.

The first coat of paint was the easiest stage of the whole process as it was just a black base coat all over, in all the nooks and crannies.

As I said at the start I knew this was going to be a challenging commission because it was so fiddly, so when I finished it I was pleased with the outcome and was even more pleased that Alex was so complimentary about it once he had seen it too. 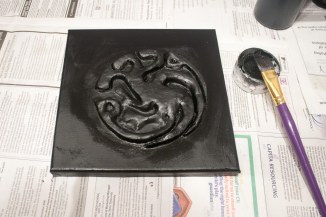 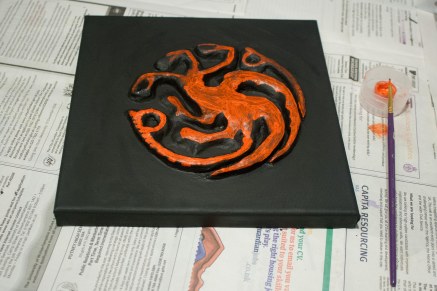 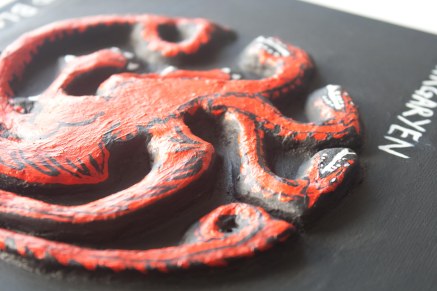 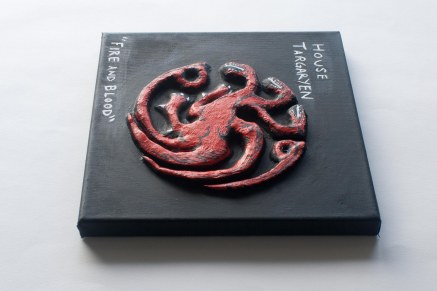 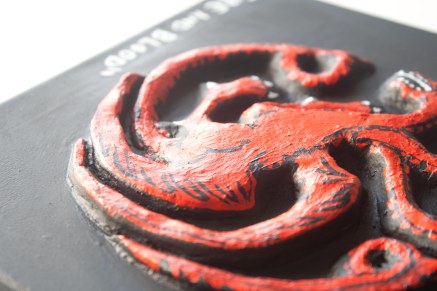 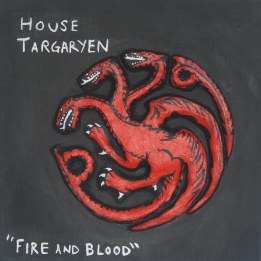 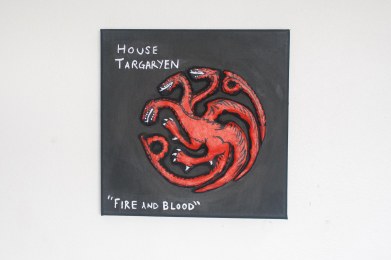 If you’d like me to make you a 3D acrylic painting then get in touch.